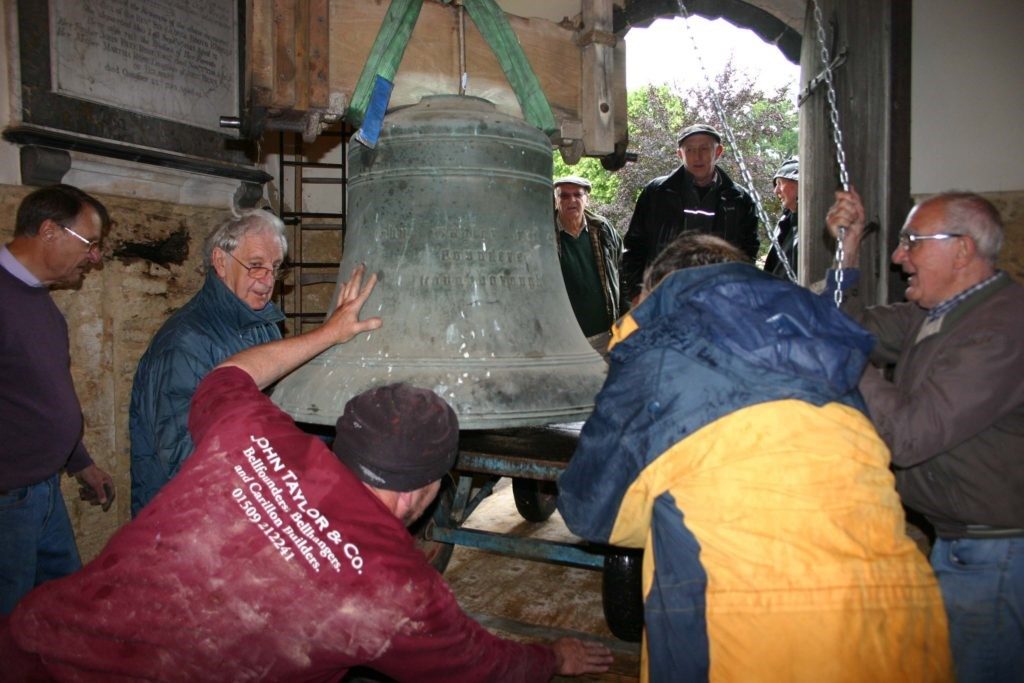 This summer the people of Cotterstock, a little village near Oundle, are celebrating the completion of an exciting project to refurbish the bells and bell frames in their church.

This has been possible due to fundraising by and generous donations from villagers, a grant from the Heritage Lottery Fund and the Peterborough Diocesan Guild of Church Bellringers.

Two of the bells were cast by Henry Penn of Peterborough in 1708, the other three by John Taylor Bell Foundry of Loughborough in 1878 who are refurbishing them and casting a new WW1 Memorial Bell as well. This new bell, to be known as the “Rita Bond” bell, is in memory of a villager and has been generously funded by her family and friends.

The bells were taken down in June 2016 and many people enjoyed seeing them before they were trundled through the churchyard in a manner reminiscent of when they arrived over three centuries ago. They are returning in June of this year and can be viewed in the base of the tower on the weekend of the 3rd/4th June from 12.00 – 4.00 p.m. alongside a display by the artist Angela

Wright who works with wool. A recent exhibition of Angela’s was in January in Southwark Cathedral, London when their newly recast bells were dedicated, baptised and blessed by the Bishop of Southwark. 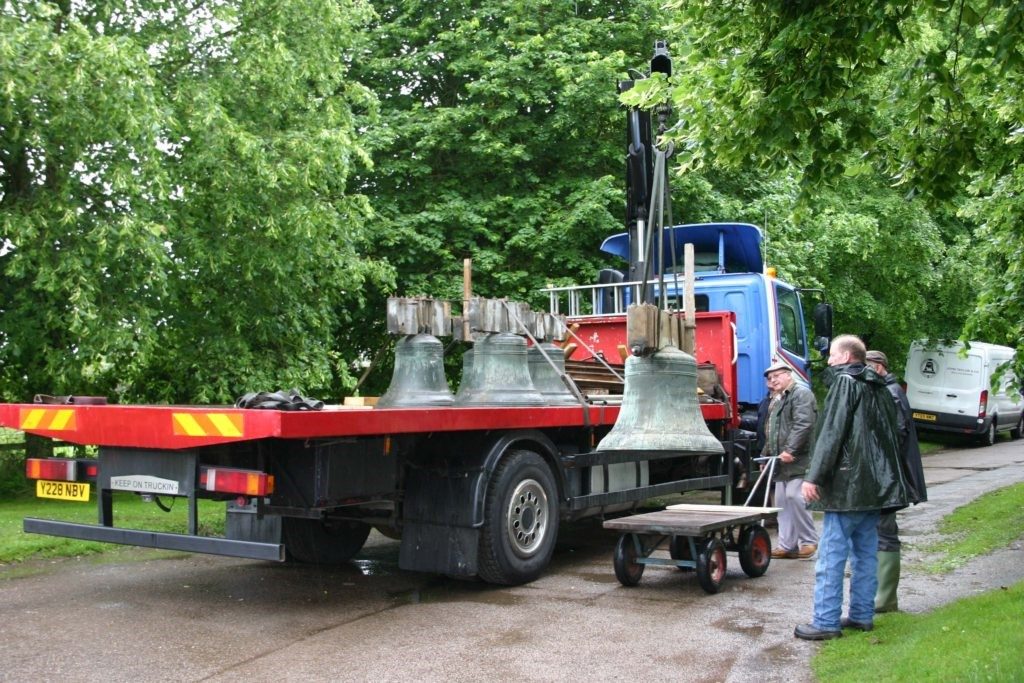 To mark the completion of Cotterstock’s project there will be a celebratory weekend on the 17th/18th June this year from 12.00- 4.00 p.m. The church, dating from 1330, will be decorated with floral displays, organ recitals will take place, flowerpot people will be in evidence throughout the village, gardens will be open, and homemade teas will be served in the village hall.

Also on Sunday the 18th June at 6.00 p.m. the bells will be rung for the first time and the Bishop of Peterborough will rededicate them in a special service to which everyone is welcome.