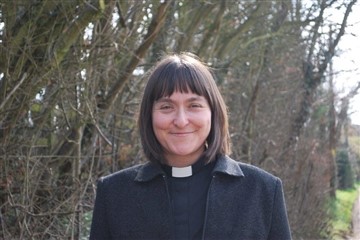 It was announced on 1st October that Bishop Donald has appointed the Revd Canon Sarah Brown as Canon Missioner, a full time residentiary post at the Cathedral which she will take up in January 2018.

Sarah is currently Team Vicar of Daventry with special responsibility for Braunston, Welton and Ashby St Ledgers and Rural Dean of Daventry. Prior to her current post she served her curacy in the benefice of Welford, Sibbertoft and Marston Trussell whilst also heading up the national charity, Farm Crisis Network (an ecumenical Christian voluntary organisation since renamed Farming Community Network, or FCN). She has also worked in the ministry training section of the Diocesan Office in Northampton.

Sarah was ordained in 2008 following a career in marketing and communications training. This experience, together with her leadership and development of FCN through a time of great change, followed by a fruitful decade in parish ministry, stands her in good stead for her new role at the Cathedral.

‘Canon Missioner’ is one of three full time clergy posts at the Cathedral, the others being the Dean and the Canon Precentor. The Canon Missioner has a particular responsibility for communicating the Christian faith to those who come into contact with the Cathedral, whether as worshippers or as visitors. The post was held by Canon Jonathan Baker until he became Acting Dean at the Cathedral last year. He left to become Vicar of Beverley Minster on 8th October.

“I’m looking forward to helping to strengthen the work of the Cathedral, especially as we celebrate its 900th anniversary in 2018. I’m conscious that things have not been easy for the Cathedral over the last few years and I’m inspired by the prospect of working together in God’s power with every single person involved in the life of this place, to heal what has been damaged and to glorify Christ’s name through our work and worship. My prayer is that the Cathedral becomes more and more of a blessing for the City and people of Peterborough, and for the wider Diocese.”

“I am delighted that Sarah Brown has agreed to join the Cathedral as Canon Missioner, and that the interview panel was unanimous and enthusiastic about appointing her.

“She is an outstanding priest and communicator, a team builder, an encourager, and has a strong sense of humour. She will question and challenge the status quo, but creatively rather than destructively. She is a natural leader, not afraid of difficult conversations, but always wanting to bring the best out of other people. Her Christian commitment is strong and clear, and she has a track record of enabling spiritual, numerical, and organisational growth.

“I look forward very much to welcoming Sarah to Peterborough, and I am sure that the Cathedral community will welcome her and Richard warmly.”

“I am delighted at the news of Sarah Brown’s appointment. She brings rich experience, perceptive insight and a pastoral heart, and I am confident she will make the role very much her own in a way which will greatly enrich the Cathedral’s ministry.” 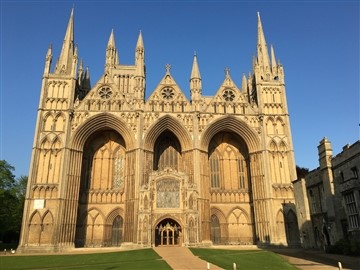 Canon Sarah Brown will be installed at Evensong on Sunday 21st January 2018, at 3.30pm in the Cathedral.

The Cathedral is in the process of appointing a new Dean and an announcement will be made in due course. The Cathedral is also served by two part-time residentiary Canons: Canon Ian Black who is Vicar of St John’s Church and Rural Dean of Peterborough and Canon Tim Alban Jones who is the Bishop’s Chaplain and Acting Precentor, and who took over as Acting Dean in mid-October.