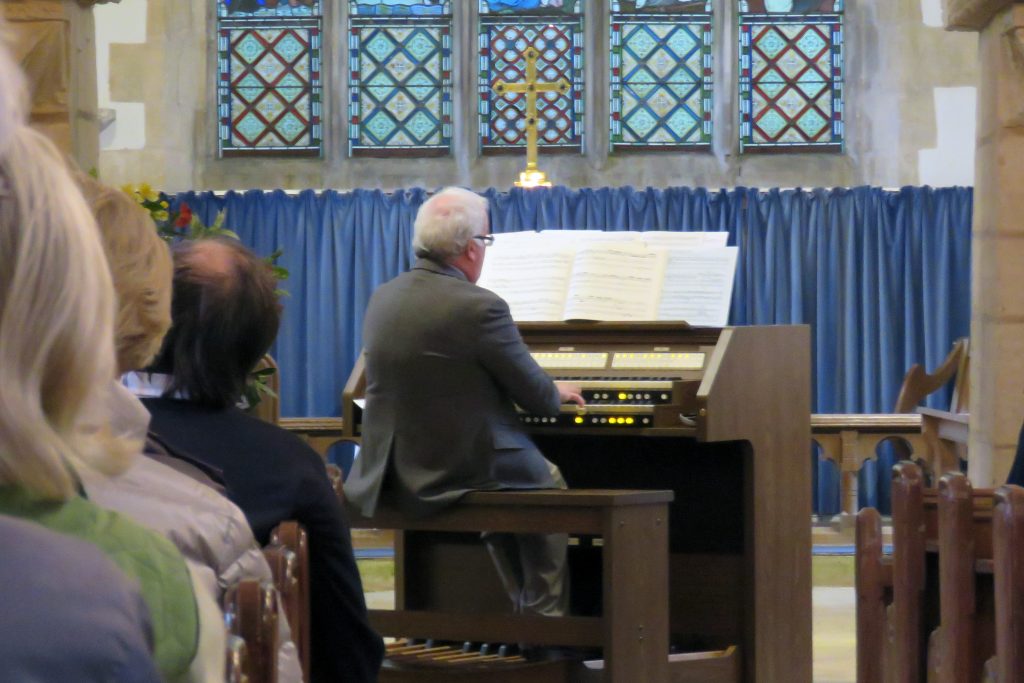 On Tuesday 12 September 2017. a new Viscount Chorum 40 digital organ was dedicated at Egleton, and the opening recital was given by Robert Gower, organist at Nottingham Catholic Cathedral and Egleton resident.

For many years, the church had struggled musically with an very outdated and temperamental electronic instrument and a harmonium, and the new organ will give a new lease of life to the worship of the church, which has a good singing congregation, as well as opening up the possibility of recitals.

On Tuesday evening, Robert Gower demonstrated the rich variety of sounds that the new organ is capable of, and explained how it all works, and then proceeded to give a short recital to demonstrate its versatility with a programme of music entitled ‘5 centuries in 30 minutes’: