Last autumn Kim White left Braunston to spend three months in Bangladesh as a volunteer worker with YCare International. A couple of weeks ago Kim came to give us an illustrated talk about her time there. She spoke to us about the practical work which her group had undertaken such as repairing a broken bridge and putting a floor down in the large one room building which served as the school. This meant that the children weren’t forced to sit in the mud when it rained. Yes the poverty was dire, nobody had very much and the community had little if any outside help. The team also gave some rudimentary first aid and nursing assistance, and were pleased at what a little hygienic TLC could accomplish. 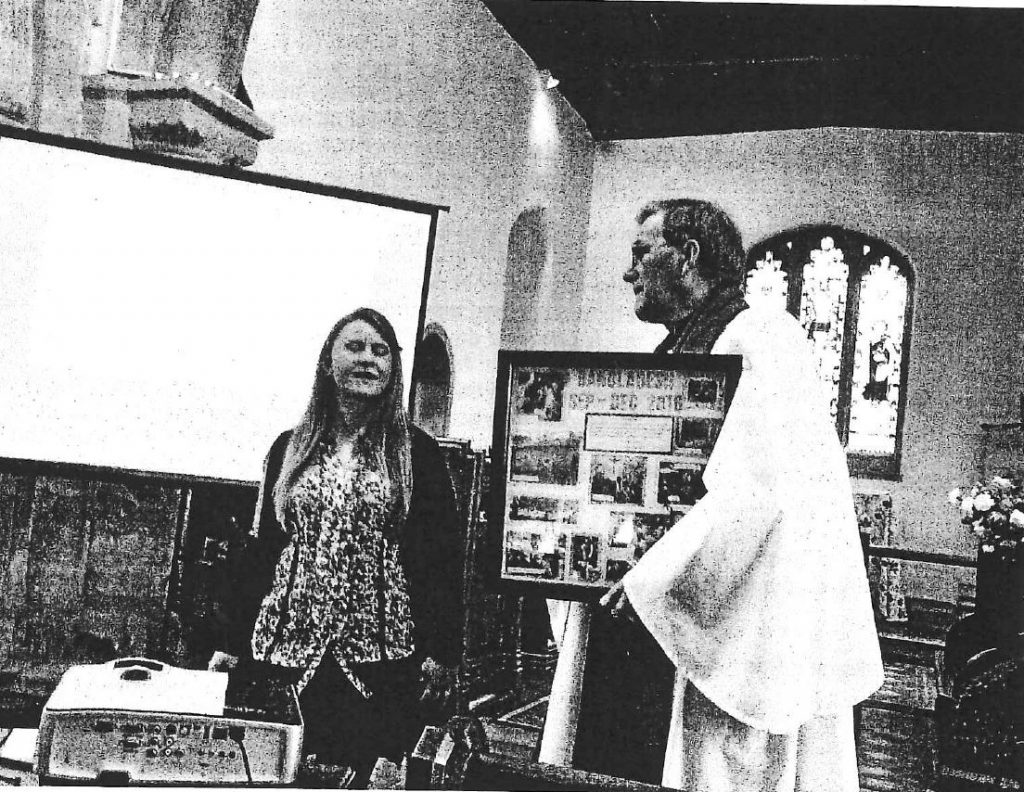 Perhaps the saddest part of Kim’s talk concerned the plight of the girls. Although child marriage was supposedly against the law, the practice was an accepted custom, with girls as young as 11 being married off; however this could mean that the girl then got enough to eat. Young girls often hid themselves in shame, even from their parents, during menstruation having no means of buying sanitary protection –yes Kim didn’t pull any punches, she painted a detailed picture of life in the community she was in.

But it wasn’t all grim; the children really thrived under the efforts of the team, enjoying their lessons and having fun together-planting flowers and painting the school room inside and out. The girls in particular became more confident and talked more freely in the support group which Kim and her team ran. The team generously clubbed together to pay the first year’s college tuition fees for a girl called Amy. Once at college, she was then able to find work to support herself through the rest of her course. Another teenage girl, pregnant through being raped was going to have to marry the man responsible. However the team persuaded her parents to allow her to stay at home so she could remain in school. Kim was able to attend a wedding and join in all the festivities.

Kim had obviously worked very hard during her time in Bangladesh and had got very involved with the community she was with. She’d encountered levels of poverty and injustice hard for us to imagine. Through her talk, we were able to begin to gain some insight into what life was like and maybe how we could find ways of helping communities in such great need. Well done Kim! You showed us what can be achieved and made us think.

Kim presented the church with a framed collage depicting some of her experiences as a thank you for our support.